Stories
We All Have One by LadyLadybug
Rated: 17 and older

We all have that special someone. It just takes some a little longer to find theirs.

Mila was always a happy girl, and her friends and family always said she was beautiful.. So why couldn’t she find a man?

Mac was a playboy (How cliché right?)! Tall, tan, and extremely handsome. He didn’t need a girlfriend or a love at the moment. He needed to make partner at the firm.

Mac and Mila are two people who just happen to cross paths but can their interest in each other surface? or will it be another disappointment to Mila. Only time will tell.

shotgun by DaSoulVicious
Rated: 17 and older

Reese has hid his true nature for most of his life. It’s been his constant invisible passenger, always silent but present. It waits patiently for the perfect opportunity. This new number just might be it.

*** also posted on FFnet and AOO under EMorrowluvWordz***

[Reviews - 40]
Summary:
Tom Williams thought it was going to be an okay day, until Joe, comes in to tease him while he's at work.  He has a genetic disorder called lipodystrophy, which causes weight lose in his face and limbs. Tom has the appearance of an old man, the kids at school give him hell for it. To make matters worse he sees the beautiful black woman walking to his register, while he is being harassed by Joe.

Fever by Limitlessly
Rated: 17 and older

Who knew Montana had so many temptations?

In some there is only a thin line between heroism and the mere struggle to survive. Yet thin as it is, it is still there and they have the ability to cross over either side. We call them brave, some are even heroes.

In even fewer you will find that that line is particularly blurred and there is no crossing to one side or another. There is no name for them. Yet it is in that breed of person that you will find the fiercest sense of protectiveness. It is in that kind of person where you find the undeniable proof that man can be better that what we as the majority have proven ourselves to be.

When young Christopher Whitmore’s life is threatened the moment men from a shady government organization that most from the underground call “The House” come to take him because of his father’s work. It is up to naïve and scared shitless Nita Vasquez to keep him out of harm’s way.

*A short adventure in the Specter Series*

This story picks up right after Volume I: Never Too Late as Sam and Tara begin their lives together with new adventures in store for them. This AU is based on the HBO series True Blood 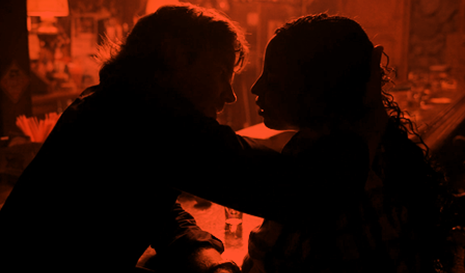 The final moments of the last day of Magdalen's former life.

She's always been a safe bet. The go-to girl. No expectations, low risk.

But this time around it's getting harder not to feel sorry for herself.

Consequence by Joelle Jax
Rated: Members ONLY: 17 and Older

In the wake of an ugly divorce, Natalia executes a scheme meant to move her beyond the hurt inflicted by her ex-husband, Richard.  The plan is to ease her suffering by increasing his, and her weapon, a younger man unwittingly drawn into the illicit plot.

In the quest for revenge, will Natalia realize her goal of bringing Richard to his knees?  Or will vengeance and her weapon of choice become her undoing?

Despite the absurdity of bargaining with the Almighty while topless and bound in the bedroom of a man whose last name she can’t remember, Diya De la Roy gives God an ultimatum:  Send her a man and a love worth having by next Valentine's Day, or she would give up on both.  Forever.

Unbeknownst to Diya, she'll get that and more, along with a lesson in how perfectly wicked divine humor can be.

Rose is lost in a world that feels too big. She meets Dominick on a bad night. Could he be the one to guide her through or another anchor to hold her down.

Roxie and Griffin: Ever After by GeorgiaP
Rated: 17 and older

She got the guy, the fairytale. But when complications of his new life come to light will she be strong enough to keep him?

***Please do not post this story to other sites. I post all my stories here with the intention of publication. I thank you all for your attention :)***

Elle always played it safe. She was used to being in control. Every accomplishment in her life was meticulously planned. The only thing she didn't have reign over was her stale love life. When an old flame from a past complicated relationship comes back into her life, she soon finds out everything doesn't go as planned---and that secrets will always come to light.

Haikus from Concrete by DaSoulVicious
Rated: 17 and older

The streets ain't made for everybody. That's why they made sidewalks...a series of stolen moments of Cookie and Lucious

***also posted on FFnet and AOO under EmorrowLuvWordz***

"I wouldn't do that if I were you" is usually taken as unwanted advice. Sometimes, it's a mild warning. But once in a while, it's a threat.

Nikki James moved to Hopen Island as a way of burying her head in the sand after her life became one colossal fail. The one time she decides to throw caution to the wind may just be her last. Ever. Will she heed the advice so many other's ignored?

*** While working on the story, I listened to my Lorde station on Pandora (and a bit of AWOL Nation). The music totally set the mood for me, and it might do the same for you :) ***

Re-Gift by M_Denise
Rated: 17 and older

What happens when you begin to second guess the gift you gave to someone? Do you ask them for it back? Or perhaps you just take it back? Maybe that gift was fine for then, but holds no value now. Five years later, Teddy considers re-gifting but Tanner is worried that it is the same old tired shit just wrapped up in a shinier package. *Sequel to “The Gift of Goodbye”

Snapshot by DarkandLovely
Rated: 17 and older

Have you ever heard that the film in a camera can capture everything...even hope? The hands that hold the device can be even more so. She didn't believe it until she met him.

Snapshot is a original work by CM and is intended for publication so please do not upload, distort, edit, or remove and place on any other site. Respectfully yours, thank you.

Goddess by jaisma
Rated: Teen or Above

An immortal woman wakes up in a mysterious man's bed with no memory of her past what-so-ever.

Trigger by Spindle
Rated: 17 and older

Are you born with your demons? there with you from inception, to birth, sentient beings living inside you? or are they created through experiences, molded and fed by time, dormant yet thriving in the dark catacombs of repressed memories until they becomes too prevalent to ignore? I want to know because my demons have become my neighbors. Like pilgrims they've landed in the New world of my being, settled there long before I knew their intentions. They've consummated with my fear to create children that now feel like relatives, their lineage carved so deeply into the fibers of my being that nothing can uproot them now.

Until he comes along with his sun hot radiance and completely eclipses the flickering candle that is me. He's lucifer before the fall beautiful but the devil is in the way he looks at me. In the way he brands me with his touch and possesses my soul with just a kiss.

Cole Larsen is my beginning and my end. Protector, friend and lover, he becomes my sole religion. At his side I become fearless, in worshiping him I find myself. But nothing is forever. Moments are ephemeral. No matter how much you want them to last, time eventually catches up to you.

We ran out of time.

The Boss's Daughter by Joelle Jax
Rated: Members ONLY: 17 and Older

In a world built on blood and violence, where the merciless thrive, falling in love carries with it its own special set of risks.  Never was that truer than for Carter Gerring, an electronics expert with a unique skill-set.  Carter is hired by Larry Hooks, a ruthless underworld kingpin with a number of potential legal problems he wants to disappear.  While eliminating the various forms of incrimination Hooks and his men create, Carter finds himself falling for the boss’s daughter.

Tamryn Hooks is the much-loved daughter Larry Hooks would gladly kill to protect.  For most of her life, she’s been shielded from many of the harsh realities of her father’s business.  Then, a seemingly innocent favor for her doting father places her in the middle of an impossible situation she sees no way out of.  As Tamryn searches for a solution and an escape, her dilemma is further complicated by an ongoing feud with her sister and her deepening feelings for Carter, the unassuming intellectual with a dark reputation.

When Carter and Tamryn find themselves entrenched in the mire of her father’s criminal enterprise, the secrets they and others keep, and their need for one another, will their forbidden love be their saving grace?  Or will it be the Achilles’ heel that ultimately leads to their demise?

[Reviews - 16]
Summary: Ginger Ross is a woman with a plan and that plan doesn't include any room for romantic entanglements. However, her plan undergoes some unique alterations when a fender bender causes her to cross paths with Jerry Medina, a widower who is trying to piece together a future vastly different than the one he had planned.

Caution With A Rose:Loving Milo by minxwriter
Rated: 17 and older

Who can you trust in this fucked up world? Nobody that's who!

Jelena was forced to live in the real world after her parent's were gunned down. It ain't all cotton candy and gumdrops either. You either have two choices here in Vegas: TO LIVE OR DIE. Jelena thought she knew life but nothing prepared her for life with Milo Castillo.

This is the story of Jelena Vera.

She fell in love with a Boss.