This series covers the (fictional) lives of Leonardo DiCaprio & Danielle Austin, Brandy Norwood & Maksim Chmerkovskiy, their family's as well as a host of original characters. There will be many ups and downs, triumphs and failures, but most importantly, there will be love.

Follow the journey as these young couples try to survive the tests of life and love.

*Warning* There is a LOT of explicit sex and language - Read at your own titillation -- I mean risk.  ;) 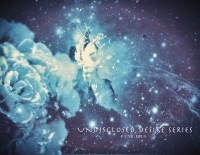 
Open: Closed [Report This]
Until The End Of Time by Butterfly
[Reviews - 0]
Summary:

This 5 part series covers the life and times of the Brewster/Squires family through 5 generations.Starting with Salomi Jane's miraculous birth in 1900 and ending with how the famous family survived one hundred years later.This family is mainly full of performers taking over music,stage and Tinseltown.But this family isnt perfect.Many believe that the family is cursed.Experience their trials and tribulations,births and deaths,love and hate,the scandalous and the innocence,the luck and the tragedies that make this family so great.

Book 1: Begins with Salomi's miraculous birth in 1900, her father's struggle for money and being a widow which leads him to a life of organized crime, the Titanic, silent films and burlesque clubs all the way into the 1920's, the Jazz Era.

Book 2: Picks up from where Book 1 left off at the end of the thriving and Roaring 1920's and we are introduced to Salomi and Gabriel's three children, Rita, Michael and Dahlia. The family go through the best and worst of times during the Great Depression, the election of FDR, the Hollywood Glam era, Pearl Harbor and WWII.