Welcome to the city of Baltimore, Maryland and into the life of Elise Roberts. Elise lives the life of a pampered princess. Designer clothes, expensive cars and fancy parties are the center of her world. She is a woman who has everything she ever wanted until she meets Lukas Weiss. Faced for the first time in her life with rejection, Elise hatches a plan designed to heal her wounded pride. A game of seduction and the ultimate rejection. Funny thing, though, about the game of love....it is always unpredictable.

Just Ordinary by Forks and Knives
Rated: 17 and older

Carmen Shelly preyed on married men and usually won her sought after prize. Business is booming until her partner sets his sights on her single sister. 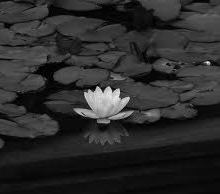 Five years ago, Breezy Collins, left Baton Rouge, Louisiana and vanished without a trace leaving everything and everyone behind in order to save herself from further heartbreak from the only man she has ever loved. Breezy's sister Phoenix is the only person who knows her whereabouts but not her secrets. It's her sister's wedding that brings her back home for a week. She can only hope that she can avoid running into the man that still haunts her dreams and owns her heart.

Jace Bennett, has spent the last five years searching for something that he knows doesn't exist anymore. His Heart. He's colder and more distant. All the things that use to give him joy now only bring him misery because of her but a promise is a promise and he'll uphold his end of it no matter the cost. But when a chance encounter brings him face to face with the one woman who holds the key to his happiness, he'll do everything in his power to ensure that she never leaves him again. By any means necessary, he'll try to convince her to give him Just One More Try.

Jett couldn't stop himself for falling for Tia. They came from different worlds. He was a wolf shifter and she was human. She was black, he was white. He came from the wrong side of the tracks and she was born with a silver spoon in her mouth. They say opposites attract and they really do. Jett and Tia fall for each other but things happen to pull you from that love...

Welcome to the city of Baltimore, MD and into the life of Devyn McKnight. Jewelry designer and entrepreneur, Devyn McKnight, thought she was secure in the shell she built around her life, made of family, friends and her jewelry business but an unexpected encounter challenges all that she is and all that she believes she wants to be.

Just You by xbelivex
Rated: 17 and older

She's like a one way ticket and he can't go back. Warning: Tons of fluff and sex.

Joyrides by Briella
Rated: 17 and older

Just Your Average Girl by Black Coffee
Rated: 17 and older