A remake of Shakespeare's Romeo and Juliet set in modern day.

All Grown Up by Mercie21
Rated: All Ages

Nothing makes a father happier (and sadder) than watching his little girl get married off.

This is a story about the bond between father and daughter and the love for family.

My name is Arianna Mae Nyx, I always thought my name sounded like a kick ass heroine name. The name of someone great and doing awesome things. Not the name of a 25 yr old bike messenger, not the name of a college dropout and certainly not the name of someone who broke the promise she made to her dying mother. Mama got sick again, the cancer that had been in remission came roaring back with a fury that consumed her body before the doctor's could do anything about it. Before I knew it she was gone, my best friend was gone and I was left buried in grief and a mountain of debt. I had to sell my childhood home and take any job I could find in the city to pay off the debts. There would be no more college for me, no more taking any chances. My name is Luc Kapena not only am I the COO of Totality and the head of Autonomous, but I'm also the Kai of my hale. I'm the second in command of the most influential hale on planet Earth. I'm also a bit of a playboy, I like hanging out at the human clubs and I absolutely LOVE their women. When I see Arianna Nyx for the first time I think to myself this hottie needs to loosen up, she needs some fun in her life. I never expected to fall so hard, so fast. I never expected that she would be my Ke'Ola. Now all I have to do is convince her to give me a chance. What could go wrong?

For 29 yr old Mia Johnson finding out that aliens existed and were actually on earth was a bit of a shock. Finding out her super hot boss was one and wanted to date her... well….beam her on up!

When the Selkrians ‘came out the closet’ and announced they had been living among us for hundreds of years, it took me some time to wrap my head around it. But when war didn't break out I breathed a sigh of relief and got on with my life. When Kale Kapena, CEO of Totality, Mr. Why are you so sexy, aka my boss announced he was one, I kept on with my job then too. Hey they haven't taken over the planet after all this time so I would give them the benefit of doubt.

But when he started to flirt and invite me out for dinner I needed to take a moment. It was hard enough getting a earth guy to commit let alone a alien! With my luck it would turn out like a bald guy winning a comb. But I couldn't resist, at least it would be a hell of a ride *wink*

Friendship and love cross paths.  Deacon is VP of the Warrior Crusaders wondering about what the future holds.  Lonilla is drifting through life.  The two slide into a friendship that is more than the connection they feel toward one another.  Will he fulfill is promise?  Can Lonilla value the meaning of love? ADDED PROLOGUE

THE SOUL OF GABRIEL by marchpisces92
Rated: Members ONLY: 17 and Older

Fourteen years after his twin brother's suicide Brian Callaghan has to face all the guilt and emotions that he's been carrying for years head on. An unlikely companion from high school Mahalia Evans is there to see him through. HEARTS OF GLASS AND GOLD by marchpisces92
Rated: Mature Content

For a sociopath who killed his step father Jackson "Jack" Ford has a heart of gold despite his tough and cold exterior. However fellow paitent Aaliyah "Al" Nelson diagonosed as a schizophrenic has a heart of glass that's been shattered too many times to count.

*Warning* There is a LOT of explicit sex and language - Read at your own titillation- I mean risk.

Danielle is a beautiful, rich, and successful single mother who has been hurt one too many times. On the same night that she decides to give up on love, fate not only delivered to her the man of her dreams (Leonardo DiCaprio), it also sent her two new friends (Brandy & Maks). Just when things couldn't seem to get any better, the past rears its ugly head and threatens to take away everything she holds dear.

This is the FIRST edition in the "Unbreakable Bonds" series. The next is Brandy and Maks- A New York State Of Mind" and the last is Facing Your Destiny".Check the "End Notes" of each chapter for crossover info.

A princess masquerades as a prostitute to win the heart of the man she loves.

Play Misty For Me by PriscillaPal
Rated: 17 and older

Detective Misty Knight just wants to find out what happened to her uncle, Rand Enterprises Executive, Lawrence Wilkins. But a visit to Rand not only changes her life forever, but brings in to her world, a bevy of complicated men.

Knight In Shining Armor by AntiVenom
Rated: 17 and older

A knight in shining armor is not always the righteous and kind-hearted man. Sometimes, he's the one that speaks his mind and uses his fists. He is not perfect but if he loves you....he loves you

Rachel didn’t set out to be rescued.  In fact, she didn’t think she needed to be rescued.  But a chance meeting with a trucker after her car breaks down may offer her the new start she needs in more ways than one. And So It Goes by ThatWasThen
Rated: 17 and older

Azalea is a woman on the verge – however, she knows not of what.

At the age of twenty-four, Azalea feels herself to have finally blossomed into womanhood, and during quite a time to be a Black woman. She feels the shifting, though she cannot yet vocalize that towards which the world is shifting. All she knows is that eyes linger a little longer on her hickory-brown skin, that fingers stray a little more often towards her billowing coils, and that the world takes a little deeper of an interest in with whom her newfound womanhood is shared.

She never expected, however, for her newfound womanhood to be the interest of and so influenced by a man – a white man at that. Especially one who has seemingly worked so tirelessly to degrade it. However, so it was. And so it goes.

Azalea is a woman on the verge of so many things – the first hopefully being of conquering motherhood. Join Azalea as she navigates her own experience of this new-aged Black womanhood, and learns of many others’ experiences along the way.

An exceprt from A story of the life and survival of a female gladiator.

THE ABSOLUTE BASTARD by Elizabeth Griffin
Rated: 17 and older 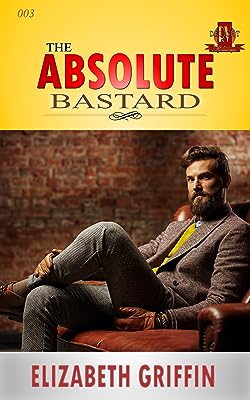 Paul and Miss by prettybrowngirl
Rated: 17 and older

Paul and Miss, once a young and vibrant couple, are going through a storm. Can they make it out safe and together on the other side?

The typical bag of sugar experiment in 11th Grade made Aurora "Rory" Campbell realize that she liked her friend Sean Sullivan as more than just a friend. (Working Summary)