Nichelle was the original Uhura, she made her role classy. I admired both women: Nichelle was the first black woman that I admired on TV, she was a milestone to TV and the world. I know she had to overcome racism during that time, and she did with dignity. Knowing that Dr. King supported her when she wanted to quit, inspired Nichelle to stay, Plus it was King's favorite show. Her staying, demonstrated that black people were more than just slaves, but pioneers and intelligent. I always saw Uhura as the only strong woman on the show, she didn't fall for guys like the other women yeomans, or officers in episodes that held others' lives at bay. LOL. Her job was important, and she did it well. She was the one who solved or contributed to solving the problem.

The Uhura character became my muse for all my stories. I was encouraged that she could have it all just like her counterparts in the series. The Abrams timeline Uhura proved that, and created the most beautiful love story with Commander Spock. So, now my heart is heavy, Uhura's character will continue to grow and inspire other women of color to be more than conquerors.

Thanks, Nichelle for staying on Star Trek, you will be missed.

Another of the Super Seven have moved on into the stars:

Chapter 1 by Uhura the 9th 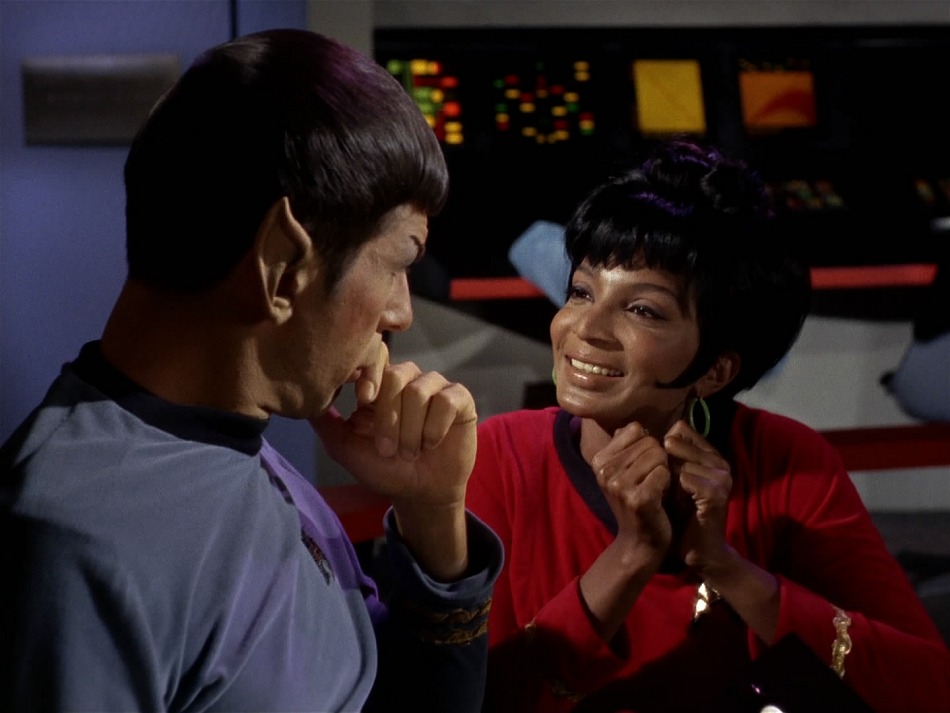