Firecrackers by mocasoul
[Reviews - 3]
Table of Contents [Report This] 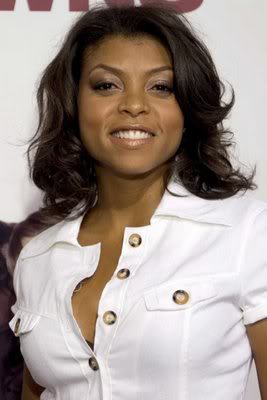 Tandra was helping her sister-in-law, Michelle with putting the fruit salad together.  Kevin was in the back yard playing with his little nieces and nephews.  Independence day wasn’t really Tandra’s favorite holiday because she couldn’t stand summer holidays because it was always too hot to enjoy them.  However, this summer, she was relieved the weather was mild enough to mellow her mood.

“Tandra, I’m finished with the strawberries.” Michelle said as she handed her a small bowl of freshly cut strawberries.  “This is more kitchen work I’ve ever done…ever.  I don’t cook.  Is that bad?” she asked as she popped a grape into her mouth.

“Don’t worry about it.  I pretend to cook most days.  Don’t tell Kevin, though.  He still thinks the rotisserie chicken I get from the deli is something I cook when I have the day off.”

“Your secret is safe with me.” Michelle said as she poured another glass of wine for herself and Tandra.  “Kevin would be hopeless if it weren’t for you.  He couldn’t even toast a pop tart before he met you.”

“He still can’t…” Tandra said as she sipped from her wine glass as she saw Kevin coming in with a grin on his face.  “What you smillin’ for?”

“We may or may not have fireworks in Tommy’s car…” Kevin said with a mischievous grin on his face like he was a kid.  He knew it was illegal to use fireworks or even have them in Massachusetts, but that didn’t stop him or his brother.

“Don’t get arrested.  I ain’t bailin’ your ass out of jail if you get caught.” Tandra said as she kissed his cheek.  Though she was worried about the police choosing this day, of all days, to actually do their jobs, she still found her husband’s rebellion cute.

“I won’t.  Come on, you’ve got to light at least one with us.  We have bottle rockets, sparklers, and oooh, you’d love the really big ones.”

“Kevin,” Michelle said in a scolding tone.  “Don’t get us killed.  Mom and dad will have your ass if you burn the house down.  I swear you and Tommy are jackasses…”

“Hey, that’s Mr. Jackass to you, sis.  Your niece is calling for you, by the way.  She wanted you to do her nails like yours.”

“Well, I am her favorite aunt.  Her only aunt, but still the favorite…” Michelle said as she flipped her hair over her shoulder and walked out the glass door.

“Give me a hand, Kevin.” Tandra said before Kevin popped a piece of cubed watermelon into his mouth.  “That’s not what I meant, baby…”

“I know.” Kevin said with a charming grin before he helped his wife mix the fruit in a large bowl.  “I hope you know the kids aren’t going to eat this.  Shelby tries to get the kids to eat healthy, but it’s no use.”

“Well between you, Tommy and Michelle spoiling them every time you see them, I would imagine it would be hard to keep them from eating junk.”

“Hey, mom and dad spoil them, too.  Just the other month, dad bought them each a bucket of ice cream with the toppings and everything.  I’m talking serious sprinkles, chocolate syrup, and cookies.  That was the first time I was jealous of children…”

“You are so crazy…” Tandra said as she laughed and shook her head.  “You want me to get you a bucket of ice cream with all the toppings?”

“Only if I get to eat it off of your body…” Kevin said with a suggestive wiggle of his eyebrows and Tandra laughed.

“Stop being nasty…your parents are sleeping upstairs.” she said as she, playfully, hit his shoulder before she tossed the fruit salad together and put it in the fridge.

“Let’s go outside and get a sparkler in your hand.” Kevin said as he took Tandra’s hand in his and they walked outside.  Tandra was happy to see her sister, Rita, was there also with her husband, Fred, and his friend, Peter.

“Rita, it’s so good to see you and Harold.” Shelby said as she hugged her.  “Your sister is still in the kitchen.” she said before she turned around.  “Oh, there she is.”

“Hey, sis…” Tandra said as she waved and hugged her sister.  “What’s that in the bag?” she asked as she stared down at a plastic bag Rita was holding.

“Mama’s caramel cake I hope I did right this time.  I can never get it right.” Rita said as she rolled her eyes.

“Your mom always did make a good caramel cake.” Kevin said as he hugged Rita.  “How are you, Fred?” he said as he shook his hand.

“Nothing much.  Just work and being with his pain in my butt…” Fred said as he pointed to Rita and she elbowed him and shot him a less than amused glare.

“Well, I love my pain in the butt more than anything.” Kevin said and Tandra couldn’t hide her smile as she attempted to shoot Kevin the same look her sister shot her husband.

“You wish you were just a pain in my butt…” Tandra said as she put her hands on her hips.  “Rita, the dessert table is over there.  Don’t mind Slugger.  That dog don’t care enough to bite anyone.” she said as she pointed her sister to the table.

“We all think he’s part cat.” Tommy said as he came over with a bottle rocket in his hand.  “Mom and dad said they took him to the vet and his health is normal…he’s just not.  Kevin, look what I got.  The kiddies are getting restless.”

“I bet they are.  Let’s go.” Kevin said as he raced with is brother to stick the bottle rocket in an empty beer can.  Tommy handed him a lighter and they all watched it shoot into the sky and explode with the kids cheering.

“Your husband is like a big kid.” Peter said as he shook his head and Tandra just stared at him knowing that he and Fred wanted to do the same.

“You know damn well, you’re just as much a big kid as he is.  Go on over there…” Tandra said as he and Fred walked over there to shoot off some firecrackers.

“What is my husband doing?” Rita said as walked over to Tandra holding a can of root beer.  She watched Fred help one of the kids light a sparkler and the girl twirled around with it in her hand.  “They are crazy.  At least it’s not as hot as it usually is.  I’d be damn if I was gonna come out here in extreme heat.  My friend’s family lives in Mississippi and she said it’s even cool there.  Usually it feels like hell, but I guess we all lucked out this year.”

“Hell yeah, we did…” Tandra said as she saw Kevin running back to her.  “What do you want, now, baby?” she asked as Kevin took her hand.

“Come on and light on before we shoot the big ones off.  You wanna shoot some, Rita?” he asked and she shook her head.  “Suit yourself.” he said as he continued to drag his wife along with him to the empty beer can.  He placed his hands on her hips as he handed her a lighter.

“You know this is unnecessary, right?  I think I’m capable of lighting an illegal firecracker on my own…” Tandra said with a laugh, but Kevin’s hands never left her hips.  She shook her head and bent down to light the bottle rocket in the can.  The sun was setting so she could see the sparks coming off it as it shot into the air.  When it exploded, a second later, she saw a bird plummet straight to the ground.  She couldn’t believe she killed a bird with a firecracker.  “Did that seriously just happen?” she asked, horrified, as she turned to her husband who was trying to hide his laughter.  “It’s not funny, Kevin.  I just killed a bird with a bottle rocket…”

True story...that firecracker/bird thing...happened to me and my sister when we were little.  We were traumatized for a while after that...LOL