Bonnie is on a quest for happiness and is about to discover so much more. 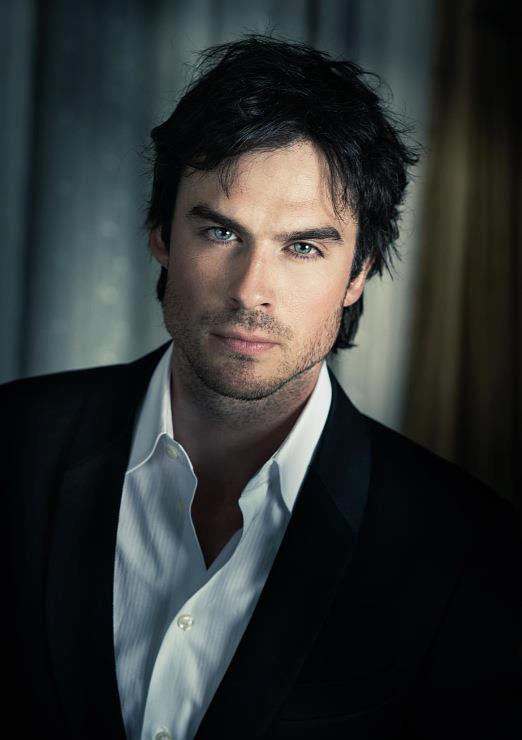 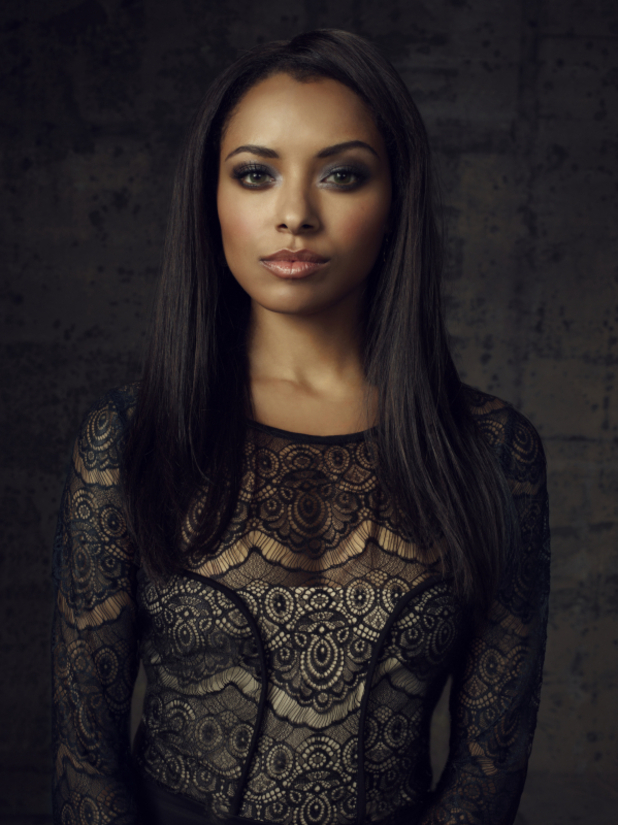 "I love you without knowing how, or when, or from where. I love you simply, without problems or pride: I love you in this way because I do not know any other way of loving but this, in which there is no I or you, so intimate that your hand upon my chest is my hand, so intimate that when I fall asleep your eyes close."

From her balcony, Bonnie gazed at the alabaster glow of the moon illuminating the hills and treetops. A cool, soft breeze swept in, wistfully blowing the silken fabric of her ceremonial robe. The soft silk brushed against her sensitive nipples sending a slight chill up her spine.

She beamed, letting out a deep satisfying breath.

The spell worked; she could feel it. Soon, her true love, her soul mate, the one born to rule at her side was near and this would bring him forth; it was the beginning of her future; a new era for her kind.

The sudden fluttering sounds of feathers pulled her from her thoughts, she whipped around eighty degrees to meet the disturbance. A large black crow soared, landing gracefully on the opposite end of the balcony. Bonnie knew it was one of the many vampires of Mystic Falls. But which one and why was he or she there?

"Reveal yourself," she demanded.

The crow was unmoving, eerily staring at her. Bonnie met the gaze of the creature, unaffected by its menacing presence.

She held her hand above her head, summoning the powers of the moon, earnestly chanting an incantation, which would dive into the mind of the creature, revealing which vampire was hiding inside.

But before she could do so, the crow flew off, leaving the doe-eyed beauty to her thoughts. In haste, Bonnie gathered her priceless Grimoire, her treasurable Bennett talisman, the Ancient Athame, and all the candles and stones, she'd used for the binding spell.

She set the items on the fireplace mantle and re-lit the white ceremonial candles. She grabbed a burlap sack of Dead Sea salt and sprinkled the large granules at every single door and window in her home.

She chanted an ancient antediluvian protection spell in every single room. Whoever the creature was, he or she would be forced to show themselves in vampire form and face her, and even then, they would not be able to cross her thresholds without invitation.

Eventually, exhaustion began to take over her mind and body and the raven-haired beauty made her way to her bed.

She undressed, hanging her ceremonial robe across the divan at the foot of the bed. She slipped into the welcoming softness of her bed, pulling her blankets over her nude body.

Although drained from spell casting, she found it difficult to sleep. She gripped her treasurable protection amulet, pressing her fisted hand close to her chest. The crow/vampire thwarted her, she felt an unexplainable sense of conflict. Its sudden appearance hindered her sense of assurance. She didn't understand what could have gone wrong with her spell.

After tossing and turning for several moments, the completely exhausted young woman closed her eyes and within minutes she was fast asleep...

...Bonnie snapped awake to the sound of her double balcony doors opening with vigor.

Oddly, nothing but the moonlight seemed too had penetrated the magical barrier she'd forged. Perplexed, she sat up, resting her elbows on her pillow. It was not the sound of the doors opening that had woke her from the peaceful slumber. It was as if the whole atmosphere had changed.

No doubt, something was amiss.

The winds are stagnant, not even the sounds of insects or animals could be heard.

How did the locked, double-paned doors blow open with such force?

Her question was answered when a dark figure emerged from the shadows in the far corner of her room. The figure moved forward, stepping out of the darkness.

"Damon Salvatore!" Bonnie gasped. Completely stunned, she could only assume her protection spell failed. Still and silent, he held the caramel-hued woman with a steely gaze.

"What the hell are you doing here?" Her voice laced with confusion.

Confusion gripped her, she wasn't sure how long she'd been asleep or why Damon was standing in the corner of her bedroom, ominously silent, with nothing on but a pair of black jeans.

He moved slightly and the glow of the moon made him more visible to her. She gasped at the sight of him. His expression was feral, the flesh around his eyes appeared reddish and bruised, and his normally sparkling blue eyes appear amber in color. The tiny blue veins running along his jawline of in his pale skin are prominent.

"Damon..." She called out, unable to control the trembling in her voice. "Are you okay?"

Forgetting her unclothed state, Bonnie stood on shaky legs, with a firm grip on her Amulet, praying that ancient, magical gem provided her some sort of protection against the strange acting vampire. Damon growled at the sight of her beautiful nude body and closed the space between them in less than a second. He pulled her into a firm embrace, dipping his lips to hers, kissing her sweetly and running his fingers through her hair.

When his tender lips brushed against hers. The familiar taste of coffee and vanilla woke what had been sleeping in her and she realized what has happened. She could feel his emotions, they were connected.

Damon Salvatore is her bonded. How can this be?

Her mind reeled as Damon nuzzled against her neck, leaving delicate kisses in his wake.

"Do you know why you're here?" She whispered, leaning back to appraise his reaction.

She could see something shift in his eyes and for a minute, he looked completely panicked.

The frenzy she felt that had once been lustful was suddenly replaced with complete turmoil. He was scared. Damon, the king of confidence, was terrified out of his mind. It was an expression so unfamiliar to his face that Bonnie almost didn't recognize it for what it was.

"I need to explain something to you," she said breathing heavily, her heart pounding hard in her chest.

And just like that, his expression shifted again. That savage, hunger-filled gaze resurfaced, leaving Bonnie speechless, even if she could speak, she wouldn't know what to say.

He moved quickly and quietly, picking her petite body up and tossing her as if she was no heavier than a rag doll. Bonnie landed in the center of her bed and in the blink of an eye Damon was on top of her.

A trail of wet kisses made its way down her neck, over her collarbones to her breasts and then past her bellybutton. Warm breath hit the inside of her thigh and she sucked in air, anticipating what was to occur next.

Penetrating her slowly with his tongue, he lapped at her sweet folds hungrily, until her legs were spread wide and her head thrown back, her hips pushing up against his face in search of more. Her whole body sung, every stroke of his tongue transformed into sparks, making her wetter, slicker.

When his mouth retreated, she gasped, her body relaxing, falling back to the pillow, and she was panting desperately.

He slid his kisses back up her belly, his mouth finding her breasts again, teeth nipping harder at peaked nipples this time and making her cry out.

He licked his lips as he stood up and quickly, eagerly, shimmed out of his black jeans. Her brown eyes widened at the sight of his huge erection as she watched him just as eagerly.

Damon fell into the cradle of her hips and realized how incredibly wet she was. What little control he had left was seriously strained.

"I'm yours, Bonnie," he whispered against her skin and then kissed her neck. His cerulean eyes like fire and ice, burning his way into her core.

Damon pressed his head into the crook of her neck and drew in a sharp breath, reeling in her fragrant scent. His two fingers found their way into her core and she positively jolted.

Stroking her, rubbing his palm into her aching bundle of nerves, she didn't even realize her bonded had bit into her and was drinking her blood. She moaned with unrestrained pleasure, her body arching into his touch, her nerves sparking, her senses reeling.

Bonnie's hand had a hold of his cock, her hand moving between them gripping and stroking him with her adroitly.

Their lips crashed together. She grunted with the force of impact but her lips never left his. She swallowed the growl that escaped him, his hips thrusting against her hand.

She heard him moan, the sound more animal than human, the heat, the touch...the desperation. They filled him, consumed him, slew him.

She repositions his throbbing cock so that the head was pressed at her entrance. Damon shuddered at how hot and tight she was as he slid into her slick folds, gathering her wetness.

He sank completely into her and stilled for a moment, giving her a little time to adjust before pulling back and plunging into her again. Her mocha fingers dug into his back for just a moment before making a trail down and settling on his ass.

Her hips rose to meet him; her hands pulling him deep inside her. Over and over again he pumped into her, his lips and fangs going anywhere they could on her body.

She moaned loudly while he bit his lip to keep from driving into her with all his might, the way he so desperately wanted too. She licked the small trickle of blood that slowly dripped from his lips.

With his forehead pressed against hers, he whispered, "Come with me, Bonnie."

Those words pushed her over the edge and she exploded from the inside out, a split second before he lost all control.

Bonnie was still shaking when he rolled to her side, spooning her into his arms and kissing the column of her neck.

"Are you okay?" The way Damon looked at Bonnie was beyond intense. "I didn't hurt you, did I?"

"I feel great," she smiled over her shoulder at him and her hand came up to touch his chiseled jaw. "Are you okay with this?" she whispered in a sleepy voice that made the vampire smile against her bare shoulder.

Damon sat up slightly, propping himself up on his elbow. "Hmmm, well..." he playfully cleared his throat.

"I've been magically betrothed to the most beautiful, kind and powerful woman on Earth," he kissed each one of her fingers and then said, "I'm more than okay with this." she giggled when his chin brushed against her ticklish wrist. Her heart, her soul could feel his sated emotions as they washed over her. At the same time, his mind was bombarded with her amazement and overwhelming joy. Neither of them opposed, both of them welcomed their fate. Damon and Bonnie shared a supernatural bond, chosen by a higher power, which bound them together for all eternity.