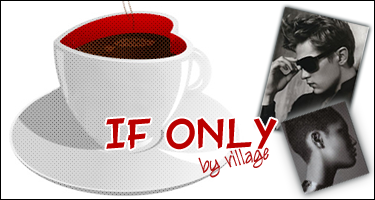 Taylor Mooreland has more than her share of problems. Her mother's an irresponsible dreamer who's more interested in floating from audition to audition than she is in paying her bills. So, Taylor's got to keep the ship afloat, taking care of her little brother and working to help pay the bills while she's going to school. And if life wasn't difficult enough, now she's gotten herself into quite the mess with a guy who thinks she's a man.

This story is inspired by the supremely adorable kdrama Coffee Prince. The characters and narrative are original but the concept and some situations are based on the drama.


I've actually had this done for awhile now, so I completely apologize for not putting it up earlier.

Well, hey. This is a little awkward showing up the party so late. Seriously, I`m really sorry for letting two years go by without an update. I promise to be better.

I don't know what to say except that one of the main reasons that this update has taken so long is that I've been wavering on where I wanted to go with this story. After numerous rewrites, I realized that I wanted to stay the course and stick to what I was doing in the first place.

So, I'm sorry for the lateness of a chapter that might frustrate some, and thank you for sticking around.