Does what happens in Paris stay in Paris? 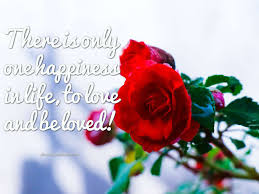 When Past Meets Present an NCIS story

(Revised items in bold and underlined)

(Determined that the time frame from their first meeting to the second was too many years so instead of 30 years changed it to 'so many years ago'.

Whew!  Want a run!  I really needed that run after all that has happened in the last month.  That last assignment took a lot out of me.  So glad that I now have a week or two to relax and recuperate.  What better place to relax than in my favorite city, Paris?

Wait!  That man leaning against the building next to my apartment looks like he’s in trouble. I approached him and asked if he needed help. He looked at me and nodded yes.  He clutched his side and winced.  His face was pale and drenched with sweat. Should I try to help him?  Of course girl, you would want someone to help you if you looked like that.  I put aside my apprehension and grabbed his arm and put it over my shoulder.  I held him by the waist and felt moisture on my hand.  I pulled my hand away and saw that it was covered in blood.  “What happened to you? Should I call the police?” I asked.  He groaned out, “NO. Just get me off the street”, he added.

Slowly but surely we made it to my apartment.  So glad that the lift worked today and that he did not bleed all the way to my apartment.  That meant one less clean up for me.  I sat him in a kitchen chair and went to the spare bedroom to put plastic on the bed so that I could tend to his wound.  When I returned to the kitchen I found him with his head on the table but his hand still clutching his side.  “Come with me so that I can take a look at your side”, I said. I helped him to his feet and lead him to the bedroom.  I helped him to remove his jacket and shirt, which was completely soaked in blood.  He held the shirt and pressed it to the wound to slow the bleeding while I grabbed the suture kit. As I moved to the table for the suture kit, he noticed the gun in my waistband.  I noticed his glance and said, “I don’t know you or why this happened to you or if someone will come looking for you.  I must protect myself.  I may have helped you off the street but I am not stupid.”  He simply smiled and said, “Thank you”.  I noticed that he not only had a knife wound in the side but also a gunshot wound in his shoulder.  I told him that it would help if I gave him a sedative so that he would not feel the pain.  “Can I trust you”, he asked.  “You have no choice”, I replied.

It took a bit of an effort to remove the bullet but I did and sutured that and his side wound. Applied antibiotics to stave off any infection and left him to sleep off the sedative.  While he slept I searched his clothing for any identification.  Finding none, I cleaned up the mess and dumped it in the hall receptacle.  I locked his door from the outside then went to my bedroom to shower and change.  Finally feeling refreshed I went to the kitchen to prepare lunch.  I ate and read for the rest of the day. My houseguest slept the day away.

The next morning I prepared pancakes, eggs and sausage for breakfast.  As I sat down to eat I heard a loud groan coming from the guest room.  I grabbed my gun, went to unlock the door and entered.  He was still lying on the bed but his face turned toward the open door. “Feeling any better”, I asked. “Not much, but thanks anyway”, he replied.  He continued, “My name is …”.  I interrupted him, “No names. I won’t ever see you again so no names needed.  If you want you can call me Margie and I will call you Ace.” He responded, “Ok, Margie.  What smells so good?”  “That’s breakfast.  Do you want some?” I asked.  “Yes, thank you”, he said.  We sat in his bedroom and ate breakfast.  He started to sag a bit and reclined on the bed.  I changed his bandages and suggested that he simply stay in bed for the rest of the day.  Within minutes he was fast asleep.  I didn’t ask him any questions about how he ended up wounded. The less that I knew the better. Plausible deniability.

Ace stayed at my apartment for a week.  We talked about boats, cars, cities, almost everything except our jobs and why he was shot.  “Other than the reason for why we met, I am so glad to have met you Margie. I will never forget your kindness. I have not felt so relaxed in a long, long time.  If we never meet again, just know that I will never forget you.  If we do meet again, who knows …” I smiled and replied, “I doubt that we will ever cross paths again Ace.  I’m glad to have helped you in a difficult time. Take care of yourself and stay out of the path of bullets and knives.”

I had not thought about that time in years.  So much has happened since that day in Paris so many years ago.  I have led a charmed life.  My job has allowed me to travel the world. With that travel came peril and close calls.  One would call my line of work dangerous.  I would agree.  Working the in intelligence community entails a degree of danger and risk. Recruited out of college to join the agency I have been there and done that.  From serving 2 years in the Marines on an undercover assignment, training with the Navy Seals and Army Rangers, earning a JD and MBA from Harvard, taking the time to learn combat techniques from groups around the world, gaining fluency in several languages including Russian, Chinese, French, Italian, German to name a few and to working closely with the other intelligence agencies at home and abroad. I have used my time wisely.  Now nearing retirement I have reduced my fieldwork and have assumed a more administrative role in the agency.

Tonight as a part of that administrative role I find myself at a meet and greet with the directors of the various governmental agencies.  It allows the directors to network in a non-pressure filled setting.  I made the rounds of the room trading pleasantries with those there when my colleague stopped me and introduced me to the director of Naval Criminal Intelligence Services (NCIS), Leon Vance and his lead agent Special Agent Leroy Jethro Gibbs. I shook Director Vance’s hand and as I turned to greet Special Agent Gibbs and we looked at each other, we said at the same time, “Hello Margie”, “Hello Ace”.

Thnx for reading and do leave a review.  They are fuel to the engine.