I was inspired after watching a classic...

Disclaimer:  I have nothing against audiobooks or the people who listen to them!

"These are my tax dollars at work, huh?" Anna griped, crossing her arms over the stiff creases of her uniform.

The Fish and Game official she'd been tasked with babysitting zipped his wetsuit the last few inches before turning to fiddle with his gear behind him.  The boat rocked with his movement, sending a few ripples along the placid waters.

"You got something against nature, Deputy Sullivan?" Dustin grinned, inspecting the dials on his scuba tank one more time.

Anna itched to tell him that he looked ridiculous and his neon neoprene-covered legs looked incredibly skinny and stick-like.

"If I had something against nature, do you think I'd have moved to the ass-end of Maine?" she quipped instead.

The nice thing to do would be to help Dustin with his gear, except that would require a bit more effort than she was willing to put in, and Anna wasn't that nice.

She lifted her gaze beyond the bow of the boat.  The water was serene, almost like glass, revealing dark depths below.  Lake Winnipeake lapped right up to the muddy shore and the treeline beyond.

"I can like nature and still think studies like this are a waste of money, time, and energy," she continued, pulling her standard issue jacket tighter around her.

Dustin's eyes went round, his mouth forming a surprised "O".  Anna knew she was in for more early morning sarcasm.

"I'm sorry," he said, voice dripping with faux sympathy.  "Have I taken our brave deputy away from her never-ending battle of good and evil?  Surely the streets of Winnipeake will run red with the blood of innocents now that her fearless deputy is just out of town."

Anna narrowed her eyes but tightened her jaw to trap a giggle that threatened to escape.  She had only met the young man a few times prior to this excursion but enjoyed their easy banter.

The Fish and Game officer leaned in conspiratorily, placing a gloved hand to his mouth as if he were about to tell Anna a secret.

"You know," he stage whispered.  "I bet a devious little old lady is jaywalking to get to the Shop n' Save as we speak!"

Anna leaned in closer to him, a mean smirk of her own curling on her face.

"I think you should get busy counting beaver dick, so we're not here all day," she replied silkily.

Dustin leaned back and let out a hearty guffaw that echoed off into the trees.  Levering himself onto the ledge of the boat, he flicked Anna a saucy salute and tipped backward, hitting the water with a wet sploosh.   Anna scanned the point of Dustin's entry, expertly dodging a few stray fat droplets of lake.  The ripples of his splash dissipated quickly, leaving the surface once again smooth and tranquil.

Anna settled back into her seat, fidgeting to get comfortable.  The sun was just beginning to peak over the treeline, and whorls of steam wafted off the surface of the glass-like lake.  The deputy closed her eyes and took a deep breath.

Her parents had balked when she announced her move at a family dinner.  Anna had loved her job in the city, protecting and serving on the streets of Boston.  However, she longed to be chief of her own shop someday and had little patience for the politicking needed to make that happen in her home city.

The posting in Winnipeake, Maine had gone unanswered for six months.  Like many others, Anna had scrolled right past it.  When the post did manage to catch her attention, she scoffed at the idea of being stuck somewhere in between Quebec City and Bangor.   Besides, how could she get experience in such a sleepy little hamlet?

Anne blinked open her eyes, exhaling to expel the surrounding scent of the murky water, waterlogged decomposing vegetation, and faint pine from her nostrils.  It always lingered and even saturated the nearby small town of Winnipeake.  It wasn't unpleasant, just another detail she signed up for when she accepted the job.

The deputy frowned then, remembering she had rushed out of her house that morning without packing her current read.  Jerkily, she pulled out her phone, cueing up a round of solitaire because audiobooks were for weaklings.

"Mating habits of amphibious rodents, my ass," she muttered, tapping away at the cards on the screen.  Periodic electronic tinkling and ringing broke up the sound of the water lapping against the boat on the otherwise quiet lake.

Anna had just won her fifth game in a row, a new record, when Dustin breached the lake's surface about thirty feet from the bow.  He popped up like a cork, arms flailing, a high-pitched, blood-curdling scream tearing its way from his throat.

In the city, Anna had the misfortune of hearing that type of scream to know immediately that it wasn't a prank, startling so severely that she dropped her phone.  But before she could even take a breath to settle her racing heartbeat, Dustin was gone, his body disappearing under the water, leaving nothing but ripples behind.

"Dustin!" Anna screamed, launching herself into the front of the boat.  "What the- Hang on!"

She rotated the ignition with a little too much force, and the vessel roared to life, powering toward the settling ripples.  Anna cut the engine and dashed to the side of the boat, leaning over the ledge and peering into the mysterious waters, but only her worried reflection stared back.

Anna wasn't the best swimmer, even though her mother had paid for lessons at the local YMCA every summer, but that was long ago.  By no means was she any kind of diver.  Would she be able to even find Dustin in such murky water?

By then, Anna's heart was in her throat, and she spent a few more precious seconds indecisively waiting.

"Screw this," she whispered, reaching down to pull off her boots.

Dustin exploded out of the water next to her.

Acting on pure instinct, Anna reached out, grabbing at his arms frantically.  She clutched at the wet neoprene, tugging with all her might, only able to hear the thump of her pulse in her ears and only able to see the neon blue and black of the wetsuit.

A primal terror filled her chest when something pulled back.  However, she didn't let go.  Whatever force had Justin, yanked, nearly sending them both overboard.  Dustin's fingers dug into her arms painfully.  Anna used her legs to brace herself against the side of the boat, straining with heightened adrenaline.

For one sickening second, the entire vessel lurched, almost going sideways.  Anna was sure they were both going under and to the Upper Room.  Then the pressure holding Dustin was gone.

The deputy fell back into the boat, easily taking Dustin with her as the vessel righted itself, splashing against the lake.  She immediately rolled to his side, screaming questions as she checked him over.

Blood bubbled from his lips.  He twitched eerily, arms and shoulders shaking with fine tremors.  Then he went abruptly still, head slumping to the side, eyes open with a last look of abject fright.

Almost mechanically, Anna's fingers sought out Abel's carotid artery, falling back on her training.  It helped her beat off the shock that was trying to creep its way in.  Her eyes snapped up, scanning the surface of the now peaceful lake, unsure of what she was looking for.

She choked back a scream as she reached blindly for her cell phone.  Her fingertips brushed the metal casing, but when she picked it up and examined it, she found it was waterlogged.  There was a radio in her truck.  She could call for help as soon as she hauled back to shore.

Anna shakily stood to her feet, noticing her pants were warm and sticky.  She forced herself to look down.  Forced herself to deal with what her mind had been trying to shy away from.  Blood and chunks of viscera were soaking into her pants legs.  Anna once again fought with her body to stop her heart from jumping into her throat once more.

However, she wasn't prepared for what she saw when she forced her eyes to continue their path to Dustin's body.  No wonder he felt so damn light when he came out of the water.

There was nothing past his chest. 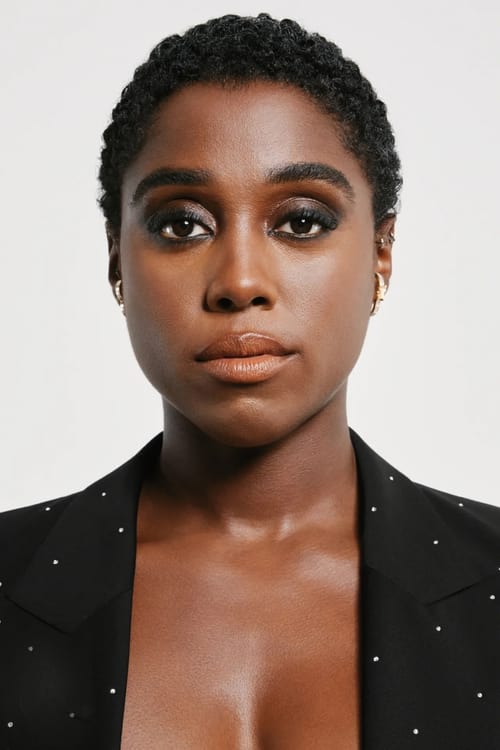 I hope you dope ladies are staying safe out there!