The Search by Inthenykoftime
[Reviews - 9]
Table of Contents [Report This] 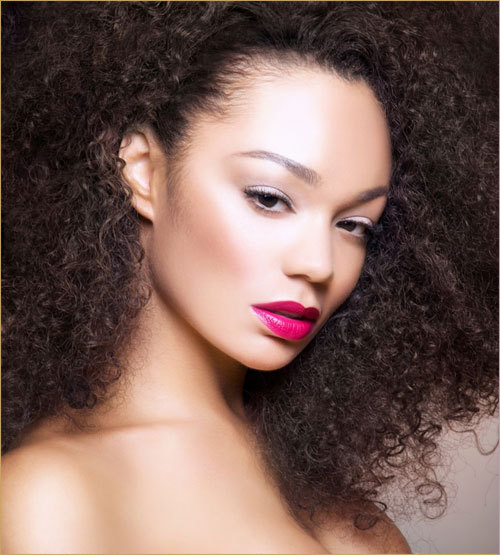 Felix closed her eyes as she listened to the sound of the storm all around her.

Her nose was filled with the scent of water. Lots of it.

"Jordan, did you pee yourself?" She whispered to her little sister. Her big brown eyes nearly bulged out of their sockets as she stared at her sister. Felix looked down to her once light khaki pants. They were soaked with water and urine, and she couldn't tell which was which. Grabbing the hand of her frightened little sister, she let her know that she wasn't judging her.

If Felix wasn't so insistent on remaining calm, she too would have soiled her pants both ways by now.

To show how fearful she was at a time like this would be no use to Jordan; Felix was the last relative she had now.

Curling up into her side, the smaller girl took quick breaths. She could feel her lungs tightening up, as they had been for the past day. The unbearable heat of the attic and all of its dust and mold had aggravated her asthma, but she was too afraid to tell her sister that the only inhaler she had was floating downstairs in their house, along with the body of their mother who had gone to retrieve it after Jordan's quiet plea.

A warm hand caressed her cheek, feeling the effects of the blazing sun beating down on the two in the small space.

"Are you feeling okay? Do you need water?" Felix could feel Jordan's chest rise rapidly, and the slight trembling she did with every breath she took. Pulling her away frantically, she looked into her dazed brown eyes.

"Are you having an attack?" Quickly reaching into the black sack her mother had brought up with them, she searched for Jordan's lifesaver.

"You should have said something! Don't you know asthma can kill you?" Frantically, she began dumping out the few contents of the bag, finding her search useless.

"Where is it? Where's the damn thing?" Turning around on her hands and knees, she looked around the small space they sat in desperate to come upon the inhaler.

"Jordan?" Looking over her shoulder, her sister's red face jerked violently as she began to gasp through her sobs.

"Didn't you bring it? Do you know where it is?"

"No, she went to go check the house-"

"No. She didn't. I'm sorry Felix, I didn't mean to I promise!" Jordan began to wail weakly, as wheezing breaths overtook her body. She felt responsible now for her mother being buried under all of the horrid water that had rushed the house. She was a bad girl. She killed their mother.

Resting her head on the wooden planks beneath her hands, Felix rocked back and forth on her elbows, mouth wide open as she held in a silent scream. She could feel her resolve disappearing now. Salt from fresh tears leaked into the cracked corners of her lips, stinging them. Felix was surprised her body could produce any more water, she hadn't had more than a sip from their half-filled water bottle she had saved especially for Jordan.

Nails broke as she scratched them against the floor, with the sound of Jordan's pleas for their mother and the painful reminder of her whearabouts whirled around her head, making her dizzy.

"Jordan..." She tried to talk through her hollering, tried to get her to calm down.

"I didn't mean to! I swear Felix!" If she let her go on like this, the girl would end up inconsolable, and there would be no way she could keep her attack at bay.

The pounding ache in her chest became too much as she watched her sister sit back on her knees, face turned to the roof.

"Are you mad at me?" She asked quietly. Felix brought her muck covered hands to her face, breathing deeply to keep her calm. Jordan's sharp intakes of air became more audible, bringing back Felix's attention to the issue at hand. Waddling over on her knees, she gripped the side of Jordan's neck.

"Yes you can. In. Out."  Jordan's eyes searched her sister's, hoping that she wouldn't find hate within them. All she could see was the concern Felix always had for her, the love that was always present. She focused on breathing, focused on the sound of her voice and her presence before her.

While she continued coaching her sister through breathing, Felix knew that she had to get her out of here; she needed help as soon as possible.

Felix laid Jordan back against their supply bag, as much out of the sun's rays as possible as they beamed their way through the broken window. She had gotten her breathing to a faint wheezing now. It wasn't the best, but something was better than nothing. Tilting her head up, she pressed their plastic water bottle to Jordan's lips, urging her to drink.

"You need some too."

"Do you trust me?" Felix's eyes softened as she asked the question.

Shaking her head without any doubt, Jordan told her yes.

"I'm going to get us out of here." Leaning down, she kissed her sweat covered forehead, just the way their mother always had when she soothed her daughters.

"Promise." Felix smiled, reassuring Jordan that all would be well soon enough.

Through heavy lids, she watched as Felix retrieved old pipes that had been tossed away as storage. She approached the window, feeling the wood around its frame. Exhaustion slowly conquered her, and all she could see was the strong blows Felix delivered to the window.

Jordan drifted away to the sound of cracking wood, and the determined grunts of her sister breaking their way to freedom.

Felix had managed to make a hole large enough for her to fit through. She rested her hands on her knees as she breathed heavily from exertion. Behind her, Jordan laid fast asleep. She watched her chest intensely making sure that it rose and fell the way it should.

Weakness enveloped her body, making it hard to resist collapsing right where she was. To steady herself, Felix gripped the ragged edges of the newly renovated roof, and stood up. She was afraid to see what lied before her, and when she took that first step onto the housing, she burst into tears.

Everything she had known now resembled some post apocalyptical world.

The roofs of what used to be people's homes peaked out over the black water that filled the streets.

Her fingers tangled into her massive hair, pulling at the temples in frustration. She screamed bloody murder.

Jordan woke with a jolt. She didn't see Felix anywhere in the attic, and began to panic as she stumbled to the hole in the roof.

"Help us! Help! Anybody!" Jordan watched her sister scream at the top of her lungs, veins bulging out of her neck as she seemed to scream to every corner of the world.

"My sister is sick! My mom is dead! Help me goddamn it!"

Jordan gasped from her swear. Then she too stepped out to be with her, and was captivated by what she saw.

"Are we alone? Is anyone else here?" She pulled her fingers in her mouth and bit down on them as she began to whimper.

Felix didn't answer, something told her that it was all over for them.

All she could do was cry from her bleak reality.

Hugging her knees to her chest, Jordan kept a close watch on her ghost of a sister as she sat at the edge of the roof, feet dangling off as her eyes stared blankly ahead. She had called her name many times, stirring now response from her whatsoever. She was too afraid to step away from the wall of the house to where Felix sat. She was too afraid to tell her that her chest hurt so bad...

They had been out here for hours now. Through the hottest time of the day. Rather than return to the attic to escape the direct heat, Jordan had stayed waiting on her sister, too worried that if she turned her back, she would disappear into the murky waters.

Now the light began to disappear slowly, night time falling upon them. There weren't even the sounds of insects out here, the silence left an eerie feeling all around.

"Felix, it's getting dark."

The older girl tilted her head to the side.

Biting her lip, Jordan slowly began to slide on her hands and feet towards Felix.

Jordan ignored her, sucking up her fear of heights as she peered out to what lied beneath her.

She reached for Felix's shoulder, almost beside her when she was suddenly shaken off.

"I said stay back Jordan!" Felix's stomach dropped as she watched the look of horror on her sister's face as she lost her balance and tumbled forward.