*Warning* There is a LOT of explicit sex and language - Read at your own titillation- I mean risk.

Danielle is a beautiful, rich, and successful single mother who has been hurt one too many times. On the same night that she decides to give up on love, fate not only delivered to her the man of her dreams (Leonardo DiCaprio), it also sent her two new friends (Brandy & Maks). Just when things couldn't seem to get any better, the past rears its ugly head and threatens to take away everything she holds dear.

This is the FIRST edition in the "Unbreakable Bonds" series. The next is Brandy and Maks- A New York State Of Mind" and the last is Facing Your Destiny".Check the "End Notes" of each chapter for crossover info.

The Cold and the Righteous by Diva58
Rated: Mature Content

This is an alternate Y&R universe.The Winters, Barbers, and Hamiltons are the core families.  The story revolves around them.

****This is a soap so expect it to be soapy...meaning the chances of coincidence happening are very high!

Forever and a Day with You - The Sweeter the Berries by Kaleah
Rated: 17 and older 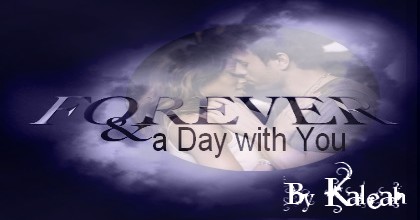 Tyler could count on one hand the number of attempted, but failed relationships that he had; had. It was getting to the point that he just was ready to give up on finding love or the right person he could give his entire self to. Most of the women he had a relationship with didn't last long not because they didn't want it, they just couldn't handle his faults or flaws. Tyler Hollis had a secret an extremely large secret that over the years, he had learned how to control to an extent, but at some point in the relationship, it would become the topic of conversation and downhill the relationships would go. He was looking for that one special woman that wouldn't mind them; he wasn't sure if she was the one, but the way he was feeling about her he wanted to make her the one. It wasn't very many women he had wanted in his thirty-eight years, but her he felt he couldn't live without.

Kayla had only had two real relationships in her life, okay let's be honest one and she wasn't even sure that was the real thing. It had been over seven years ago. She had always focused on her career, she was what they called a workaholic, her best friends India and Traci would tell her she was sexually deprived, that she needed to started living before she woke up one morning and life had passed her bye. However, never in her right mind did she think she would be in a predicament like this, it was totally out of her character to let something like this happen, and to let it happen like this. It was overwhelming more like surreal an impulsive act, or so she thought. Could it have been a calculating move on his part or was it just something that happened to happen. But if they both were completely honest with themselves it had been building ever since that faithful snowy morning.

Disclaimer: There is no Copyright Infringement intended. The names and characters in this story are of my own creation, so any similarities to any person or person's in this story dead or alive fictional or non-fictional is purely coincidental. Any and all recognizable characters involved in the images are solely owned and the property of their respective owners or by an unknown developer THAT IS NOT ME!! I do not own it/them and will not make money on them. The author of this story is in no way associated with the franchise/franchises of any creators, producer, owner or any media that may be used along with this story.

At some point, you'll have to eventually let your guard down.